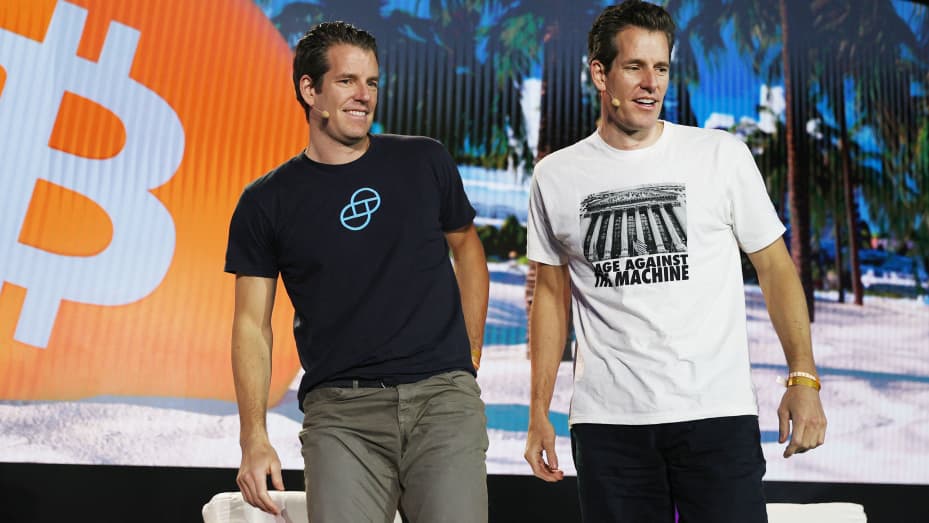 Crypto exchange Gemini Trust, founded by the Winklevoss brothers, announced that it will temporarily stop payments on its income product for retail investors. The platform took the step after cryptocurrency company Genesis (Gemini’s partner in the income product) suspended withdrawals on its platform due to withdrawals caused by the Bankman-Fried FTX collapse

Gemini Trust, the cryptocurrency exchange run by twin brothers, some of the world’s first crypto-billionaires Tyler and Cameron Winklevoss, announced that it has temporarily stopped payments to income program clients. The platform made the decision after its main income payout partner, cryptocurrency lender Genesis Global, suspended withdrawals from its platform amid a liquidity crisis caused by the collapse of Sam Bankman-Fried FTX, Bloomberg reports, citing statements from the companies.

Gemini is working with Genesis so that its users can use funds earned by retail investors as quickly as possible. Genesis is the cryptocurrency exchange’s main partner for these payments, according to data on Gemini Earn (an investor earnings program) website. The New York-based company said the delayed payout does not affect any of Gemini’s other products or services.

The cryptocurrency exchange said in a statement that it is disappointed that the service agreement for the investor earnings program will not be honored, but expects Genesis and its parent company Digital Currency Group “to do everything in their power to meet their obligations to customers under the program.” Genesis suspended withdrawals because of the effects on the crypto industry of the FTX collapse – the company didn’t have enough money to meet the surge in withdrawal requests.

The crypto firm said it will provide a plan to revamp its lending business after Nov. 20 and has already hired consultants to explore all options, including new funding. The rest of the company’s service continues to operate. Genesis’ lending business was affected earlier this year by the collapse of cryptocurrency hedge fund Three Arrows Capital.

The Winklevoss brothers became famous for their legal battle with Mark Zuckerberg. A movie was made about this fight, “The Social Network.” The brothers accused Zuckerberg of stealing their idea for a social network. In court, they charged Zuckerberg with breach of contract, unjust enrichment, unauthorized use of source code and confidential information, and “usurpation of business opportunities. The dispute ended in 2009 with a settlement agreement, under which the brothers received more than 1.2 million shares of Facebook (the owner of the social network – the company Meta – is recognized as an extremist organization in Russia, its activities are banned).

Later, the brothers became one of the first billionaires who made their fortune on cryptocurrency. The Winklevosses made their main investment in cryptocurrencies in 2013, buying bitcoins for $11 million at $120 apiece. As U.S. Forbes notes, they invested some of the money they received as part of a settlement agreement from Facebook founder Zuckerberg in digital assets.

Gemini raised $400 million in November 2021, in a funding round valued at $7.1 billion. In November 2019, the brothers bought the NFT exchange Nifty Gateway, a platform for trading then almost unknown assets, now the basis for building a decentralized meta universe.