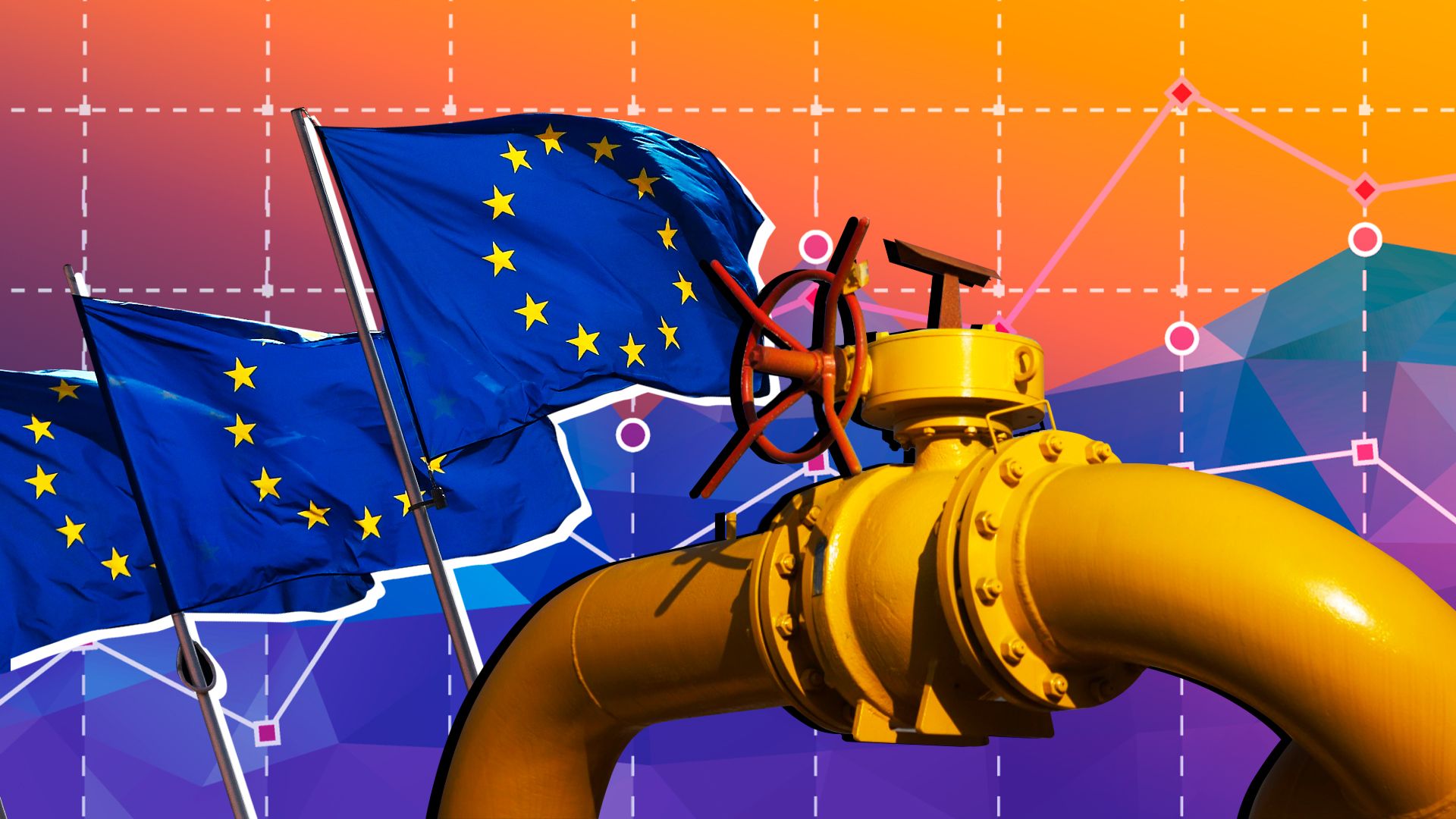 The International Energy Agency predicts a record drop in natural gas consumption in European countries in 50 years. By the end of 2022, it may decrease by more than 50 billion cubic meters. At the same time, the volume of liquefied natural gas supplies to Europe will grow by 80 percent year-on-year

Natural gas consumption in European OECD countries (the organization does not include Bulgaria and Romania) may shrink by over 50 billion cubic meters by the end of 2022. This will be the record drop in the last 50 years of monitoring of the gas market, according to the report of the International Energy Agency (IEA).

According to the IEA, last year the OECD countries in Europe consumed 604 billion cubic meters of gas. This year this amount may drop to 548 billion cubic meters. In eight months, the total gas demand of the OECD countries in Europe has decreased by almost 10% year-on-year, and in the third quarter – by 9%. European industrial consumption was down 15 percent in eight months and residential consumption was down more than 20 percent. Industrial gas demand in the third quarter was down more than 25% year-on-year. Due to rising prices, Europe’s fertilizer production capacity shrank by 70%, which “puts additional pressure” on the agricultural sector.

According to IEA Director for Energy Markets and Security Keisuke Sadamori, the prospects for gas markets remain dim, “not least because of Russia’s reckless and unpredictable behavior, which has shaken its reputation as a reliable supplier.” “All indications are that markets will remain very tight in 2023,” Sadamori said (quoted in an IEA press release for the report).

The IEA predicts European liquefied natural gas (LNG) shipments will increase by 60 million tons (82.8 billion cubic meters), or 80 percent of 2021 volumes, by the end of the year. Global LNG trade is up nearly 6 percent year-over-year for the first eight months of the year. LNG imports to Europe increased 65%, or 43 billion cubic meters, between January and August, the report said.

The decline in demand for gas in Europe in the year will be comparable to the decline in eight months – by 10%. The EU intends to reduce gas consumption by 15% from August to early April. According to the IEA forecast, the European industry will reduce gas demand by 20 percent and the energy sector by 3 percent. In 2023, total gas consumption in European OECD countries, the agency predicts, will fall another 3-4% to 531 billion cubic meters, “amid high spot prices.” “Further potential disruptions to Russian gas supplies pose an additional risk of worsening this forecast,” the IEA fears.

As of the end of September, EU storage facilities were nearly 90 percent full, although the lack of supply from Russia creates problems for their replenishment next year, the IEA noted. Analysis of EU gas market sustainability in case of complete cessation of supply from Russia from November 1, 2022, showed that without demand reduction and in case of complete cessation of supply through Russian pipelines EU gas storage facilities will be filled by less than 20% in February if high level of LNG supply and almost 5% if low LNG supply.

Reducing reserves to these levels would increase the risk of supply disruptions in the event of a late cold snap. A 9% reduction in EU winter gas demand from the past five-year average would be needed to maintain gas storage levels above 25% in the event of lower LNG inflows, and a 13% reduction would be needed to maintain storage levels above 33%. Gas saving measures will be crucial “to minimize storage withdrawals and maintain reserves at an adequate level until the end of the heating season,” the IEA said.